The Romanian players association has been officially confirmed as an associate member of International Rugby Players.

The Asociatia Jucatorilor de Rugby (AJR) will now join 12 other member bodies in representing their professional players through the global body.

The decision was ratified at a recent meeting of International Rugby Players’ General Executive.

“We faced a long and tough road to get registered and become a legal entity, but now we are happy to be here for the benefit of our players.

“We started the association because we feel all players need representation and that players should understand the importance of how they can develop their careers during and after rugby.

“It’s also important for them to understand what rights players have in regards to contractual agreements with clubs and the federation,” he added. 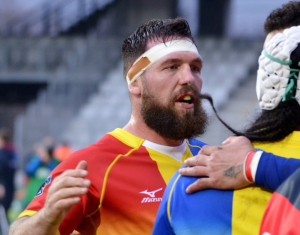 Andrea Radoi in action for Romania

One of the founding members, former international Mihai Vioreanu, says it was time for Romanian rugby players to be part of the broader international rugby community represented by International Rugby Players.

“Being a relatively small sport in terms of numbers and popularity, rugby in Romania faces difficulties with limited governmental funding or private investment, small numbers of rugby clubs and decreasing number of players at all ages,” said Vioreanu.

“However, due to a strong rugby tradition and results in international rugby, pockets of rugby clubs still exist and fight for their continuous survival, growth and development. Like in all rugby nations, players need a robust and fair representation in their relation with their clubs, the national rugby union (FRR) on issues such as player development, internal and international competition, contractual agreements, health insurance, injury prevention and mental health, among others. Professional rugby players also face difficulties towards the end of their career in settling in the ‘life after rugby’,” he added.

The AJR are also hoping to develop the image of the game but realise that more needs to be done to help the national team, both on and off the field. 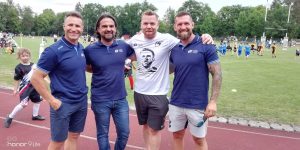 “We all know from the extensive work of other international organisations that proper representation of the players leads to improved players welfare, improved playing conditions and player development and this inevitably leads, in turn, to better player commitment and performance”, continued Mihai Vioreanu.

“This results in improving the game and its image and popularity globally. As the main actors, players should be at the heart of the decision making regarding the laws and development of their game.

“Inspired by the significant work done to date in representing the players by the more established rugby players associations in tier one and two rugby nations and under the umbrella of IRP, we will endeavour to work in representing Romanian rugby players and to improve their off the field concerns. This will be beneficial for the Romanian rugby and inevitably will lead to better player performance and better on-field results.” 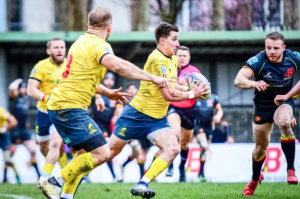 Vioreanu, who now works as a consultant orthopaedic surgeon in Dublin, has worked hard with his colleagues to get the AJR to where it is now, but they wont stop there.

“After only two years since we started our association, we are extremely proud to be part of the wider rugby community as an Associate Member of International Rugby Players.

“We strongly believe that once were aligned with IRP and with our goals to represent and develop players and also by working closely and collaboratively with the Romanian rugby governing bodies, we will become in 10 years a significant body in Romanian rugby – a country with a great rugby culture and tradition.”