RWC Future: A lot to do to improve our game

As the game marks one year to go until Rugby World Cup 2019, much of the debate rightly centers around Tier Two nations, equality – or lack thereof – in the game and how we can work together with the governing body to make these sides into strong, competitive nations that can challenge at the pinnacle of the sport.

It’s something International Rugby Players has been advocating for some time and we are constantly lobbying the powers-that-be for positive change.

This isn’t just a question of equality – if the authorities really want to “grow the game outside the traditional heartlands”, then we need to look at ways of truly developing the teams on the under-card so that they too can dream of lifting the Webb Ellis Trophy at some point in the future.

The following are the main points from a letter we sent to World Rugby earlier this year and followed up with a meeting at their headquarters in Dublin on September 4. It outlines what we think needs to be done to help players in Tier Two countries, and while we don’t expect this to be implemented in time for Rugby World Cup 2019, we fully expect this to be considered for the 2023 cycle and beyond. 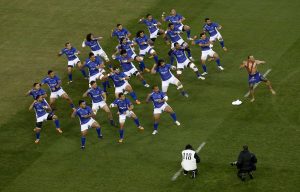 Considering the changing landscape of the game, including the increased influence of the European Club scene, we believe it is of paramount importance that a model be developed to address several issues surrounding Tier Two players in the modern international game. Primarily, we seek to agree a model which addresses existing poor payment structures to Tier Two players for representing their country (both during and outside of RWC) – structures that are loose and unreliable in nature.

We believe two immediate solutions that should be explored in relation to the above, are:

(a) devising a split income model which involves specific monies (outside of existing high performance funds) being set aside for player payments over the 4 year cycle; and

Our reasons behind proposing such models is as follows:

The Rugby World Cup is the best opportunity our sport has to kick-start a proper change that will genuinely grow the game, raise the hopes of all nations and ultimately this can benefit all stakeholders at all levels. The alternative is to let the sport stand still and stagnate.

We have a choice and we’re calling on the governing body, unions, clubs and all partners to do the right thing.