New guidelines aimed at cleaning up the breakdown will come into effect from this weekend.

Super Rugby Aotearoa will see new applications of laws governing the area around the tackle and the ruck, after they were announced in April.

The club competition in New Zealand is the first to return to action following the disruption from the Covid-19 pandemic.

The key focus areas for match officials are:

• Jackler: First arriving player must enter legally, be on their feet and on the ball, with an attempt to lift it. Likely to be rewarded more quickly

• Other arriving players: Side entry will be refereed. ‘L’ angle entry (see guidance) expectation with players required to ‘drive not dive’

• Foul play: Will continue to be a priority in the interests of player safety

World Rugby also say that the referee will look for the “balance of power” when judging the breakdown, by assessing who has the numbers and is in the strongest position overall.

England international Josh Beaumont and former Rugby World Cup winning All Black Victor Vito represented International Rugby Players on the working group that was consulted around the introduction of the guidelines. 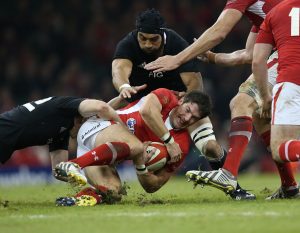 Beaumont said: “There are so many different moving parts at the breakdown. When we were discussing the area with the players, it was very apparent that it was not a law issue, but an issue of alignment and clarity for players and coaches.

“This educational resource will play a strong role in aligning the officiating approach, aligning coaches and players in the approach to the breakdown both in terms of player welfare and reducing penalties, but I also believe that it will improve the overall quality of the product for everyone.”

Super Rugby Aotearoa kicks off this weekend with the Highlanders welcoming the Chiefs in Dunedin and Auckland Blues hosting the Hurricanes.